Take a look at this beautiful diversity!
Posted by harry_the_great at 10:15 No comments:

Who and why hates Olympic Games, RZD and Vladimir Yakunin (3) 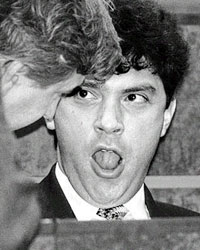 So the clue to Boris Neyman’s (Nemtsov) covert hatred for the successes of the “Putin’s regime” should be sought, as usual, in his past. Not so distant past, by the way.

The idea of holding the “Olympics in the Subtropics” is not actually new, its history counts at least 25 years. Here is what Nikolay Karpov, the former mayor of Sochi, tells about it:

“We were suggested to host the Winter Olympic Games in 1989. Vitaly Smirnov, a representative of the IOC in Russia, and Alexander Tikhonov, a famous sportsman in the past and nowdays a president of the Russian Biathlon Union, came to Sochi. They examined the city’s conditions and said: “It is such a unique place for the Winter Olympics. It’s time to think about the Games.”

And in 1994, when I was the mayor of Sochi, we submitted an application to the IOC for the 2002 Winter Olympic Games… Soon after the evaluation commission, headed by Thomas Bach, the IOC vice-president, came. Analyzing the application, they took into consideration the climate conditions as there were no infrastructure or any ongoing construction in Sochi at that time. Could you imagine, there were no road to Krasnaya Polyana! Even then, we took the fourth place among other cities-candidates. The one and only drawback of our application was the War in Chechnya! The 2002 Winter Olympics were held in Salt Lake City…”

Before choosing Sochi as the host of the 2014 Winter Olympics, the IOC experts came there and inspected the city again. And still selected it during the 119th IOC Session held in Guatemala City! So if judge by Nemtsov-Neyman’s arguments, the whole IOC together with Russian sport leaders are all incompetent people! Oh, yes, Mr. Nemtsov and his ally Martynyuk are the experts!

Not Gonna Get Us! 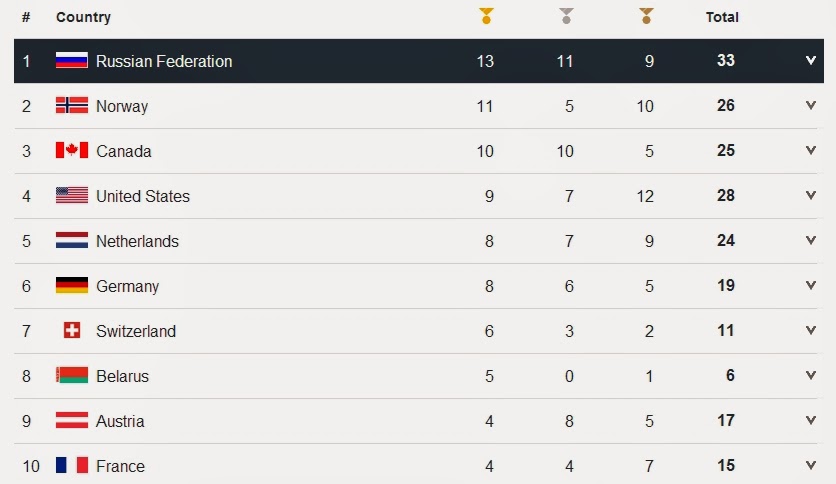 The pic says it all!

And bravo for this self-irony!

Posted by harry_the_great at 10:53 No comments:

Who and why hates Olympic Games, RZD and Vladimir Yakunin (2)

There is only one antidote for different kinds of liars, either native or foreign, it is the critical perception of information. The main thing is to supress one’s burst of anger which is stirred up by such provocative infromation. After all the truth will be discovered and the after-pains will stay.

And it is what they expect. When there are too many after-pains we will have a reaction as we have in Ukraine. And the winner will be not the catalyst of the reaction. Not we are but the other side...

My dear friends, if you don’t want to be manipulated, you should think! And you should not take it to your heart, as the closer the Olimpics-2014 were, the wider was the flood of mud poured out on it. The people who throw mud at Putin in a burst of «putin-phobia» have lost either the sense of proportion or the reality feeling.

Even such Russophobes as Akunin, who have escaped abroad from «the horrors of bloody regime», feel ashamed of them. And the leaders of «antirussian movement» even have to pull up their minions who are trying too hard, as they discredit the protest idea in the whole.

Posted by harry_the_great at 08:31 No comments:

Who and why hates Olympic Games, RZD and Vladimir Yakunin

I’d like to tell you who Boris Nemtsov is and why he attacks the “Olympics in the Subtropics” so maliciously. And what he has against OJSC “RZD” (Russian Railways) and it’s head, Vladimir Yakunin.

Let’s start with Yakunin’s words. "I'm very offended that the closer we get to the opening of the Olympics, the more hysteria around Russia becomes inflamed in the Western media… There's not a word about the quality of the Olympic facilities, about the fact that the level of readiness of the Olympic infrastructure has no analogues in the world… It touches Russian Railways directly as the company occupies almost the central position in the flood of discrediting information. And the truth is that Russian Railways has performed its task on assigned objects, fulfilled the investment program for the North-Caucasian railway in the shortest possible time. The quality of this work has been highly appreciated by the International Olympic Committee experts and professional constructors, which was marked by rewarding us the prestigious International Tunneling Association award in 2012".

I share Yakunin’s discontent, first of all as a citizen of the Russian Federation. It is sickening to see the liberal journalists and the opposition activists replicating the reports about the corruption in Sochi under the authorship of a notorious fibber Alexey Navalny (whose brazen lie sometimes surprises even the liberals) and a misanthrope Andrei Malgin, who is famous as the most mendacious blogger in Runet (Russian internet).

Why would they do so?

Posted by harry_the_great at 05:36 No comments:

The opening and so on)

Well, after the XXII Sochi Winter Olympic Games opening ceremony I am getting tonns of questions about Russia, russian people, sochi etc.

As I'm russian by birth and have a lot to share about Russia, I decided to start this blog.

It's gonna be interesting!!!

Posted by harry_the_great at 14:15 No comments: