The European Union Isn't Going To Bail Out Ukraine

The European Union has had a pretty rough run over the past seven years. Economically, things are simply catastrophic. The Eurozone is not only experiencing an output slump that is even worse than the great depression, it is also teetering dangerously close to outright deflation. Unemployment remains persistently high everywhere except Germany: it is still above 25% in both Greece and Spain, and above 10% in Portugal, Italy, and France. The forecasts are hardly encouraging, with expectations of little or no growth in 2014 and an exceedingly modest rebound predicted for 2015. The situation is so desperate and hopeless that respected economists like Tyler Cowen have started to compare the performance of the more sclerotic European economies with the de-industrialization of 19th century India.

Politically, things aren’t a whole lot better. The most recent elections to the European Parliament in late May saw Euroskeptics and radicals of various stripes storm to unprecedented victories...

Continue reading
Posted by harry_the_great at 14:08 No comments:

Just a month ago, Germany's powerful business lobby threw its weight behind tougher sanctions against Russia (dropping its previous objections). It appears they are now regretting that decision. As The Federation of German Industry (BDI) reports today, exports to Russia in H1 2014 dropped 15.5% from 2013 and "may drop by as much as 25% - posing a risk to 50,000 German jobs." We are sure, as Zee Germans look across the pond at the S&P 500 hitting record highs, BDI's conviction that Russia's action must face significant consequences may just fall apart again.

Just 3 weeks ago, Germany’s powerful business lobby has dropped its opposition to tougher sanctions against Russia ahead of today’s crunch EU ambassador meeting in Brussels.

BDI chief Ulrich Grillo said sanctions could would come at a “painful” cost to European business, and to German exporters, but that the game had changed with Russia.

“The BDI and I personally have become convinced that the behaviour of the Russian government in the Ukrainian conflict of secession must have noticeable consequences for Moscow, ”

Continue reading
Posted by harry_the_great at 11:54 No comments:

It took 4 months for the western press to finally report what really is happening in Eastern Ukraine!

By Courtney Weaver in Kamensk-Shakhtinsky and Roman Olearchyk in Kiev

Last September Olga Laskireva dropped off her 20-year-old son in Kiev for his obligatory military service in the Ukrainian army. Nine months later she returned to the capital to pick him up and bring him home.
As residents of Krasnodon, an eastern Ukrainian town less than 20km from the Russian border, the Laskirev family has tried to stay neutral as the Ukrainian army and Russian-backed separatists battle for the Lugansk region. But over the course of four months of heavy fighting, they have begun to blame Ukraine’s new president and the government in Kiev for the conflict.
“Who gives a son a weapon so that he can go and shoot his own mother?” Ms Laskireva says. “That is not right.”

The fate of flight MH-17: in case you’ve forgotten, let us remind you

Downed almost a month ago, the MH-17 airliner tragedy was given the impact scale of the assassination of Archduke Ferdinand, it should have gathered strengthening outrage and grown into a justifiably scandalous international event, but somehow this didn’t happen. The world has still to get a clear answer to the question “who shot down this airliner?” And the investigation by the media has been slothful at best.

Let’s sort out what we already know. 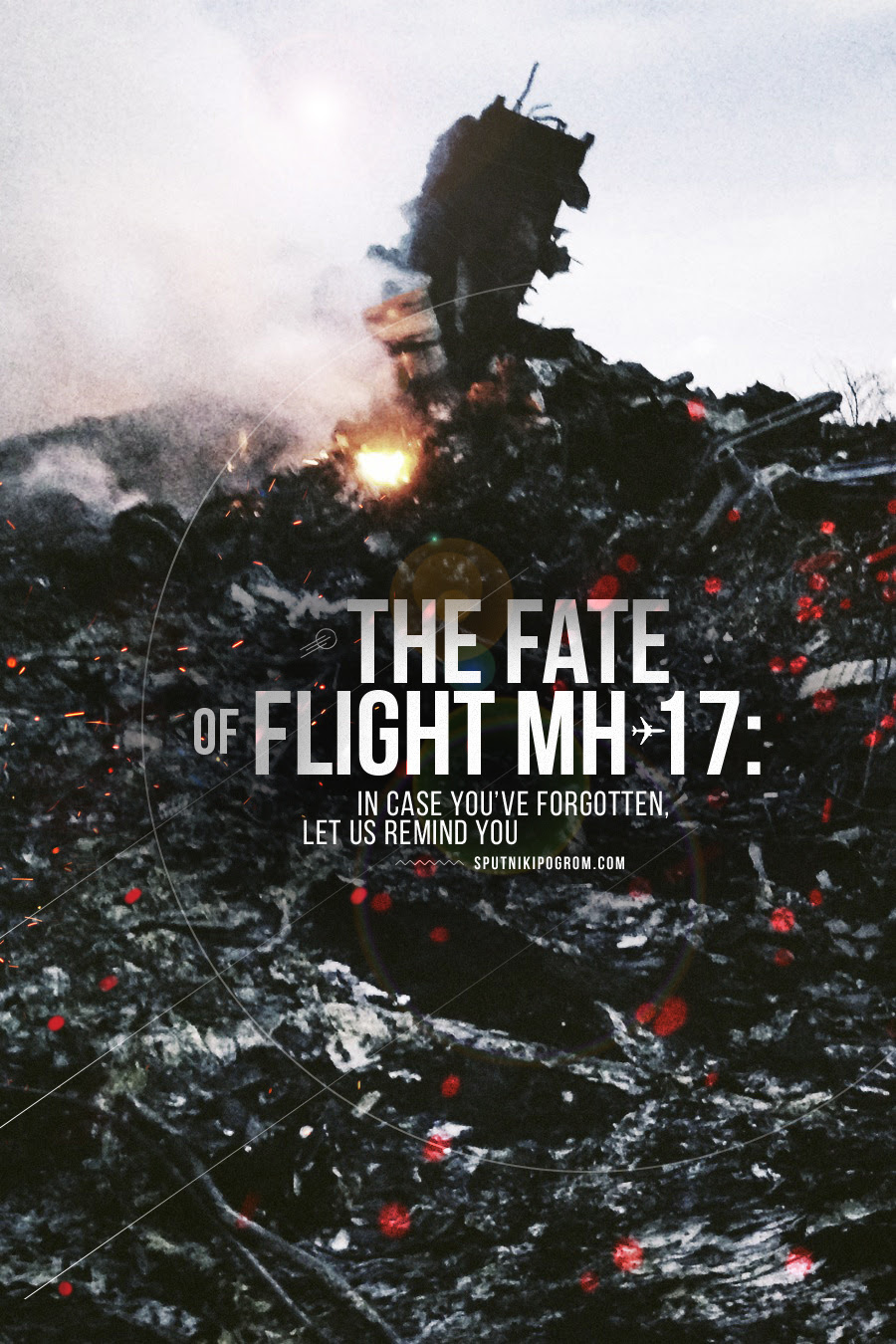 Why the Ukraine Crisis Is the West’s Fault

The Liberal Delusions That Provoked Putin
By John J. Mearsheimer

According to the prevailing wisdom in the West, the Ukraine crisis can be blamed almost entirely on Russian aggression. Russian President Vladimir Putin, the argument goes, annexed Crimea out of a long-standing desire to resuscitate the Soviet empire, and he may eventually go after the rest of Ukraine, as well as other countries in eastern Europe. In this view, the ouster of Ukrainian President Viktor Yanukovych in February 2014 merely provided a pretext for Putin’s decision to order Russian forces to seize part of Ukraine.
But this account is wrong: the United States and its European allies share most of the responsibility for the crisis. The taproot of the trouble is NATO enlargement, the central element of a larger strategy to move Ukraine out of Russia’s orbit and integrate it into the West. At the same time, the EU’s expansion eastward and the West’s backing of the pro-democracy movement in Ukraine -- beginning with the Orange Revolution in 2004 -- were critical elements, too. Since the mid-1990s, Russian leaders have adamantly opposed NATO enlargement, and in recent years, they have made it clear that they would not stand by while their strategically important neighbor turned into a Western bastion. For Putin, the illegal overthrow of Ukraine’s democratically elected and pro-Russian president -- which he rightly labeled a “coup” -- was the final straw. He responded by taking Crimea, a peninsula he feared would host a NATO naval base, and working to destabilize Ukraine until it abandoned its efforts to join the West.
Putin’s pushback should have come as no surprise. After all, the West had been moving into Russia’s backyard and threatening its core strategic interests, a point Putin made emphatically and repeatedly. Elites in the United States and Europe have been blindsided by events only because they subscribe to a flawed view of international politics. They tend to believe that the logic of realism holds little relevance in the twenty-first century and that Europe can be kept whole and free on the basis of such liberal principles as the rule of law, economic interdependence, and democracy.
But this grand scheme went awry in Ukraine. The crisis there shows that realpolitik remains relevant -- and states that ignore it do so at their own peril. U.S. and European leaders blundered in attempting to turn Ukraine into a Western stronghold on Russia’s border. Now that the consequences have been laid bare, it would be an even greater mistake to continue this misbegotten policy.
U.S. and European leaders blundered in attempting to turn Ukraine into a Western stronghold on Russia’s border.

The Russian appeal to Germany 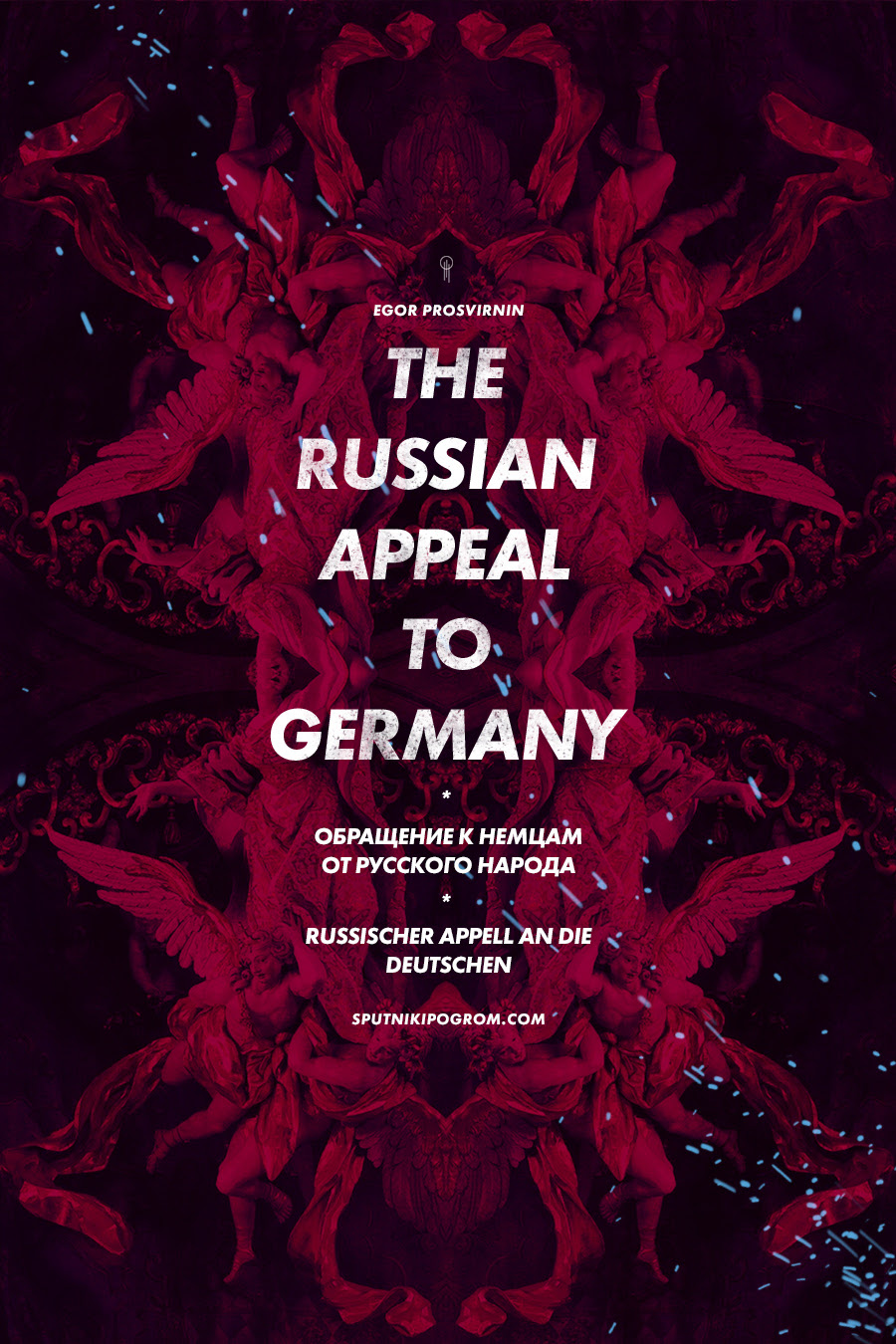 My name is Egor Prosvirnin, I am the chief editor of the Russian site www.sputnikipogrom.com which advocates European values. I’ve heard that one of the aspects of life that Europeans, and Germans especially,cherish is history. If we were to recall recent history, we would remember that a vast army of 300,000 Soviet troops along with 5,000 tanks, 1,500 aircraft and 10,000 artillery pieces (including tactical nuclear weapons) simply left the then just-united Germany without firing a shot.
It was an operation unprecedented in scope and brevity, when the entire Soviet army withdrew literally to open fields. Tens of thousands of Soviet officers, obeying the orders of the supreme command, went from their warm barracks to live in moldy tents set up in the middle of sodden snow-covered fields. In many instances along with their families. 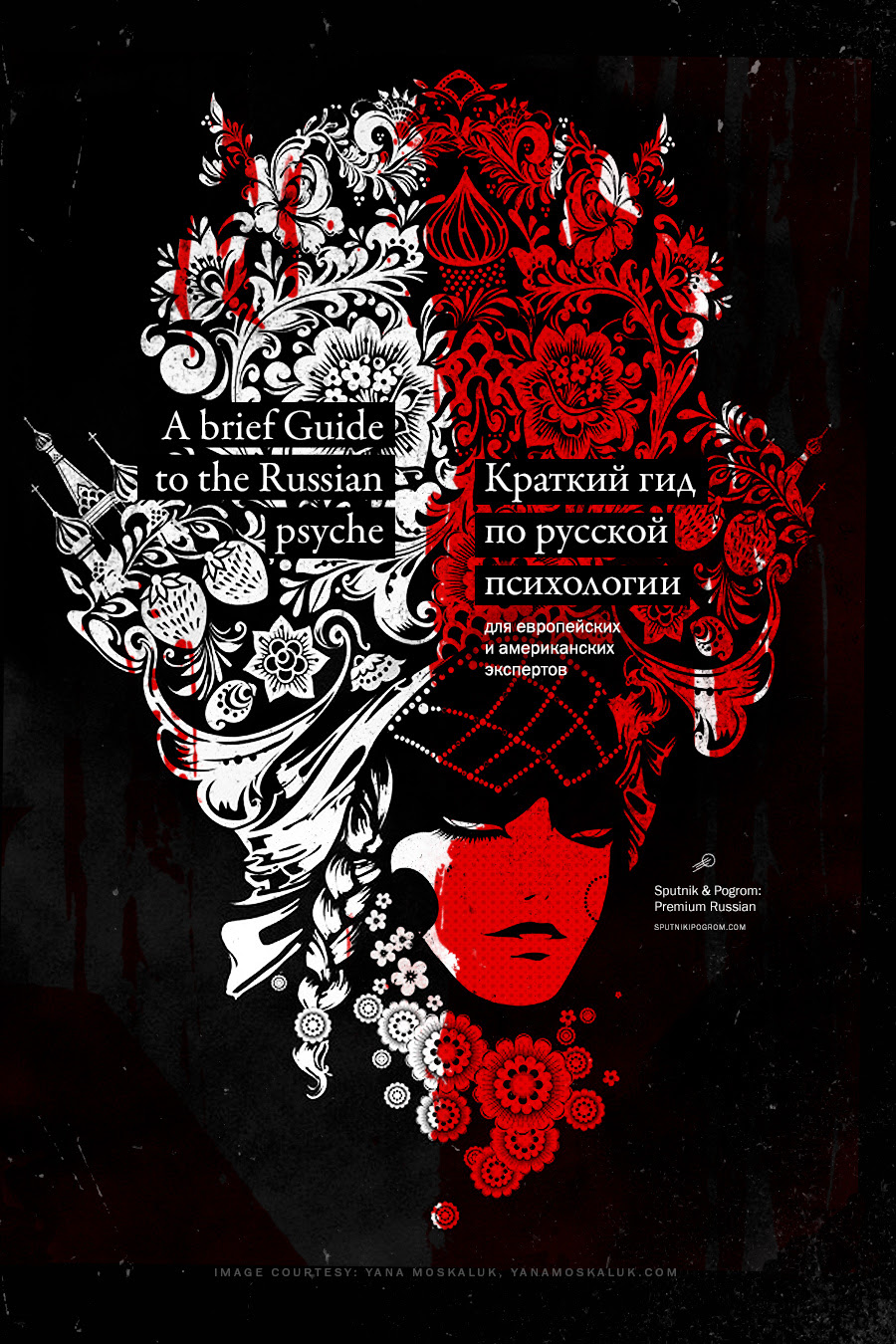 Just imagine... If Russia had toppled the Canadian government

Just imagine if the democratically-elected government of Canada had been toppled in a Russian-financed coup, in which far-right extremists and neo-Nazis played a prominent role.

That the new unelected 'government' in Ottawa cancelled the law giving the French language official status, appointed a billionaire oligarch to run Quebec and signed an association agreement with a Russian-led trade bloc.

It's a must read. Learn the facts!

World War I was not only one of the longest and bloodiest conflicts in history, but arguably the most seminal. The war was a catalyst for the Great Depression, the rise of the brutal ideologies of Nazism, Communism, and Fascism, numerous regional wars over scraps of bygone empires, and, of course, World War II. How Europe's leaders stumbled into the disastrous war remains one of the great unresolved puzzles in modern history. Mountains of books and articles have tried to explain how an assassin's bullet fired in Sarajevo ignited the great catastrophe of the 20th century.

The answers never seem satisfactory. Crude explanations designed to establish German guilt, popular until the 1990s, have gradually been replaced with a more nuanced picture, where the other belligerents, including Britain and France, share the burden of responsibility more equally for launching a war that killed more than 10 million people. But the focus on what happened in London, Paris, and Berlin has masked the importance of the events in the East. Russia, too, shares responsibility for the catastrophe in Europe. As the world remembers the start of the war 100 years ago this week, understanding Russia's strategic calculus at the time can help decode Moscow's recent behavior in Ukraine.


Either Europe is run by a bunch of unelected idiots, or... well, that's about it.
After blindly doing the US' bidding over all propaganda matters Ukraine-related, and following just as blindly into round after round of US-inspired sanctions, sanctions to whose retaliation Europe would be on the frontline unlike the largely insulated US, Europe appears to be absolutely shocked and is apoplectic that after several rounds of sanction escalations, Russia finally unleashed its own round of sanctions and yesterday announced a 1 year ban on all European food imports, something which will further push Europe into a triple-dip recession as already hinted by Italy yesterday.
In fact, Europe is so stunned by this unexpected "politically-motivated" retaliation by Russia, it issued a press release.

The European Union regrets the announcement by the Russian Federation of measures which will target imports of food and agricultural products. This announcement is clearly politically motivated. The Commission will assess the measures in question as soon as we have more information as to their full content and extent. We underline that the European Union's restrictive measures are directly linked with the illegal annexation of Crimea and destabilisation of Ukraine. The European Union remains committed to de-escalating the situation in Ukraine. All should join in this effort. Following full assessment by the Commission of the Russian Federation's measures, we reserve the right to take action as appropriate.

Surely, Putin is waiting for the European Commission to also issue a #hashtag before he starts shaking in his boots.