"The United States Is Attempting To Destroy Russia" (c)

"The US is trying to destroy Russia", - Vladimir Yakunin told last week in an interview to FT.com describing the current situation in Ukraine.

And here is what Gerald Celente thinks of it:

“The big story of course is what’s going on in Ukraine, and the back-and-forth between Russia and the West.  This is a very volatile situation and it’s been in the works for a long time.  This is really more about the United States and the European Union moving into those eastern European countries that used to be under the Soviet bloc.  It’s not going to have a happy ending... 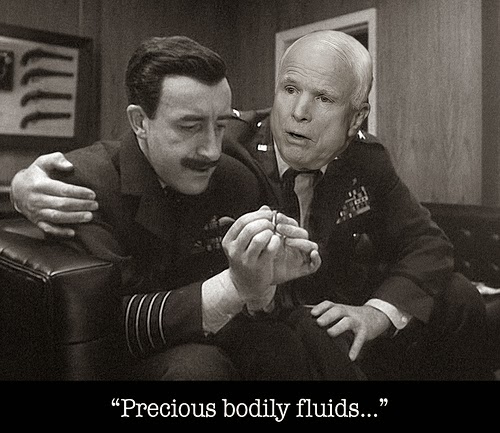 “It has only been weeks since they overthrew the government of Ukraine and installed the one they have now, and it’s destabilized.  There are threats being made against Russia.  Whether they are (empty) threats or legitimate actions is going to be revealed later on.
We are looking at this very similarly to when the Soviet Union broke up, and the complete desire (by the West) to make Russia weaker and weaker.  It’s reminiscent of the Versailles Treaty that followed the end of World War I.  Everyone knew the penalties were so harsh on Germany that it was a mistake as soon as it was signed.  History books are filled with this story.
The same thing is starting to shape up now with Russia.  Just look at the comments coming out of Russia, particularly those by Vladimir Yakunin, who was the former senior diplomat that now heads the Russian rail system.  Yakunin said: “We are witnessing a large geopolitical game in which the game is the destruction of Russia as a geopolitical opponent of the United States, or of its global financial oligarchy.”
When you listen to Ms. Nuland in Washington D.C. on December 13th, 2013, at the National Press Club, an event sponsored by Chevron, you can really start putting the pieces together and seeing that what Mr. Yakunin is saying something that people should be paying attention to.  Russia is not going to bow to the pressures of the West.  So Russia may become much more militaristic and much more defensive in trying to stave off what Yakunin says is a global financial oligarchy.
The United States, through different agencies, they are starting to promote natural gas exploration, with Haliburton already in Poland, and Shell signed a deal with Ukraine last year.  So there is this whole department, the Bureau of Energy Resources, that was set up in 2011 by former U.S. Secretary of State, Hillary Clinton.  Mr. (Carlos) Pascual, who by the way was a former American ambassador to Ukraine, and who now heads this department, asserted that his teams efforts had already weakened Mr. Putin’s hand, and helped lower Ukraine’s dependence on Russia for natural gas supplies to 60 percent, down from 90 percent.
Mr. Pascual said that his team had worked to help Ukraine and other European countries break away from dependence on Russian gas.  So that’s what you have here:  You have a trade war, a currency war, and you have an energy war.  So this has nothing to do with freedom and democracy in Ukraine.”
http://stgeorgewest.blogspot.ru/2014/03/the-united-states-is-attempting-to.html
Posted by harry_the_great at 02:47