Have you ever seen such support provided to any other Putin's ally?


The US administration put several Russian top officials on a list of "sanctions" irresoective they were involved in the Ukrainian/Crimean crisis or not. Among those personalities is also Dr.Vladimir Yakunin, who is President of the Russian Railways but also well known and valued around the world as founder and president of the INGO "World Public Forum - Dialogue of Civilizations" In this capacity Dr.Yakunin has always fostered dialogue as the altenative to armed conflicts in solving international disputes. Many personalities therefore expressed their dismay about US sanctions and called for dialogue and diplomatic efforts instead of sanctions 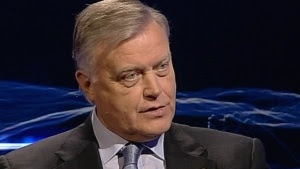 TAKE ACTION: All those who share the concerns expressed in the open letter of former Secretary General of the Council of Europe, Walter Schwimmer, and others, may send a short notice to World Public Forum - Dialogue of Civilizations info@wpfdc.org and join the Glomo inside GlBrain
TARGET: The world of 2014 does not need a new Cold War and a spiral of sanctions. What is necessary is dialogue and deescalation. The more people support this approach the more we have a chance that dialogue will prevail over confrontation.
We, the undersigned people from various countries around the world, including the USA, express our great dismay about President Obama's list of sanctions on top Russian officials. The world in 2014 does not need a new Cold War. It needs de-escalation instead of a spiral of sanctions. The solution of the Ukrainian and Crimean crisis is dialogue and diplomatic efforts which include all parties concerned instead of individualized sanctions.
We consider it to be a particular mistake to "sanction" Vladimir Yakunin who is not only President of Russian Railways but also the founder and president of the World Public Forum - Dialogue of Civilizations which enjoys consultative status in United Nations' ECOSOC. For more than a decade Vladimir Yakunin has devoted a lot of efforts and activities to dialogue among different religions, cultures and nations as the alternative to armed conflicts. He has stood up against hatred, xenophobia, antisemitism as well as Islamophobia.
Many people around the world know of and greatly value Dr. Yakunin's extraordinary and tireless work for peace and justice and the resolution of conflicts.
He exemplifies the great potential that the Dialogue of Civilizations can offer towards peaceful coexistence in our world. Dr.Yakunin has always spoken out forcefully for the protection of the environment, sustainable growth, ecology, non-violence, social entrepreneurship and value-led education. He continues to inspire and empower others to develop their hidden strengths.
His efforts are appreciated throughout the world, including the United States of America. We want Vladimir Yakunin to continue without interruption and hindrance his work for a better and peaceful world where dialogue can prevail.
We demand that Dr. Yakunin enjoys free access to all United Nations Headquarters, including New York, as president of an INGO with consultative status with the UN Economic and Social Council.
Walter Schwimmer, Former Secretary General of the Council of Europe, Vienna, Austria
Fred Dallmayr, Professor at the University of Notre Dame, Notre Dame, IN, USA
Kamran Mofid, President, Globalization for the Common Good Initiative, Coventry, UK
Raffaele Marchetti, Professor of Political Science, LUISS Guido Carli, Rome, Italy
Piotr Dutkiewicz, Professor of Global Politics, Carleton University, Ottawa, Canada
Jens Wendland, Professor University of Arts, Berlin; foreign Professor Journalistic faculty MGU, Moscow
Fabio Petito, Professor of International Politics, Sussex University, UK
Hans Koechler, President, International Progress Organization, Innsbruck, Austria
Steve Szeghi, Professor of Economics, Wilmington College, Ohio, USA
Dimitri Kitsikis, University of Ottawa, Fellow, Royal Society of Canada, Honorary President, The Dimitri Kitsikis Public Foundation, Ottawa, Canada
Chandra Muzaffar, President, International Movement for a Just World (JUST), Malaysia
Alberto Melloni, Director of the John XXIII Foundation for religious studies, Bologna, Unesco Chair for religious pluralism and peace, Italy
Akeel Bilgrami, Sidney Morgenbesser Chair in Philosophy, Professor, Committee on Global Thought, Director, South Asian Institute, Columbia University, New York, NY, USA
Posted by harry_the_great at 11:40